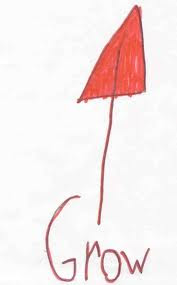 “Oh! Hi Dad. Are you are already in Paris?” My daughter asked as soon as she picked up the phone at home.
“No. I am still in the USA. Waiting for my flight to take off”, I responded while stretching my legs and looking outside from Boeing 777 plane’s window.
“Okay. Why did you call?”
“I just wanted to say bye and find out if you are doing okay”
“I am good and bye”, uncharacteristically she hurriedly replied indicating the end of conversation.
“Hey, what is wrong? Talk to me.”
“Dad, I am busy. I have homework to do. What do you want to talk anyway?”
“I am bored sitting in the plane”, I replied.
“Why don’t you read an eBook on your iPad?” She gave an idea.
“I don’t feel like right now. I will read later.”
“How about traffic game on iPad?” She proposed another solution.
“iPad is in the computer bag stored in the overhead compartment.”
“Solve a Sudoku puzzles in the airline magazine” knowing I am addicted to Sudoku, she came up with another answer.
“Good idea but my pens are also stored in the computer bag.”
“You have thousands of Hindi songs on your phone”, she suggested another alternative.
“No. I don’t want to put headphones right now.”
“Dad!” She said sounding very annoyed and exasperated. But within a second, I heard her giggling and laughing.
“Why are you laughing?” I asked.
“Nothing,” instantly she replied.
“What is it?” I insisted.
“I can’t tell you. You will not like it,” she replied still chuckling.
“It does not matter. May be I will like it. Tell me.”
“Promise, you will not be mad at me.”
“I promise.”
“I was going to say something that you always tell me. But I did not say it,” she said pensively stretching the point that she did not say.
“Spill it out please,” I became very curious to know.
“No. You will be mad at me,” she said, still not sure about my reaction.
“I promise. I will not be mad at you. Not even a tiny bit,” I reiterated calmly and affectionately.
She said softly and quickly, “I was going to say: Dad, stop making excuses and be creative. Find solutions like a grown-up.”
I will let readers guess my reaction.
Posted by Amrit at 2/02/2011 11:40:00 PM

hahahaha...I do this a lot bole toh "throwing the quote back" it has alag fun :D

That was real cute. You have such a lovely daughter. It is good to have glimpses of her through your blogs.Sending her my best wishes.

Like I always say, you have a very smart daughter! My best wishes to her too. The kids are growing up and we r growing young! At least ur daughter asked permission before telling you. It's not like that here!!! I feel like I am the youngest in this house at times. :)

As to ur question, you must have had a good laugh, and something nice to think about the entire flight. Exactly what you wanted!

Smart witted girl you've got there. Hopefully you DID end up finding a creative solution :)

Lovely way of giving the idea of being creative.
Indeed who always ready to do something new or be creative, he/she'll always find new ways, new distentions which open the door of pleasure.
BTW nice blog... :)
Stay Blessed and Have Faith

That was soo cute! You got really smart and and wonderful daughter.

Your reaction would be awwww. :-D

lol loved the story and the narration both

Awww that was so cute... You have a very witty and intelligent daughter I must say...

Your daughter never fails to impress us. Very clever young lady she is.

That was an interesting conversation @A!

You would have laughed out loud and then knowing it would make a good blog post, you would have recaptured the whole conversation once again...

u got an intelligent and a quick daughter I must say!!
anyway what did u do all the way to paris??

That is adorable... I think you should let her write her own blog! She is smart, quick, witty, adorable, and very well behaved... I love that she asked you before saying something that she thought you wouldn't like may bcz she doesn't like it when it's told to her...

As to your reaction... I'm not sure but if she were my daughter I would have ran home to hug her!! How old is she?

Give my love to her!!

Out of the mouths of babes.

Hey... haven't visited you since eons...

ha ha loved it!! Kids these days are so so smart.

That left me with the biggest smile!!! She is certainly a smart cookie and I see she has learned her lessons well from her father :)

Sweet!! Children these days are getting smarter and know how they get their way.:)

You been told MR.

Hi, please collect ur award from my blog!

Haha, you can always count on kids to say these things. I'm going to guess that your reaction was a quiet chuckle. : )

P.S. Are you not supposed to turn your phone off on the runway?

A nice one from your daughter. Now a days children behave like elders and parents...you showed it.:)

Guy proposes girl. Girl says No. And he lives happily ever after.. :)

Pls promote/vote for my blog at above url.

Not guessing your reaction. But like I have always said- your daughter is adorable, sensible, intelligent and cute.
Is it all absolute true things you write or do you spice it up a bit? And how young is your daughter?

That was a good one..A child is like a mirror that reflects what we are or an echo of our own voices...

All that one has been telling their kids comes back in an uncanny way. She is truly smart :)

Hahaha that was n intelligent answer.. ur daughetr is witty n adorable, i used 2 ansr in a similar way to my papa, though i guess i was less worried abt the reaction.. :)

She is so cute:)she kept u engaged almost that much of a time!with her beautiful conversations.

awww...so super cute.
not too long now when we'll have to learn from our children rather than teaching them

sharing it on my fb page..so the world can see another cute dad:-)

awww...so cute!! no wonder they say "child is the father of man"! This conversation reminded me of my conversations with my father when I too would be scared to point out the obvious truth lest he get angry with me (which he rarely did).